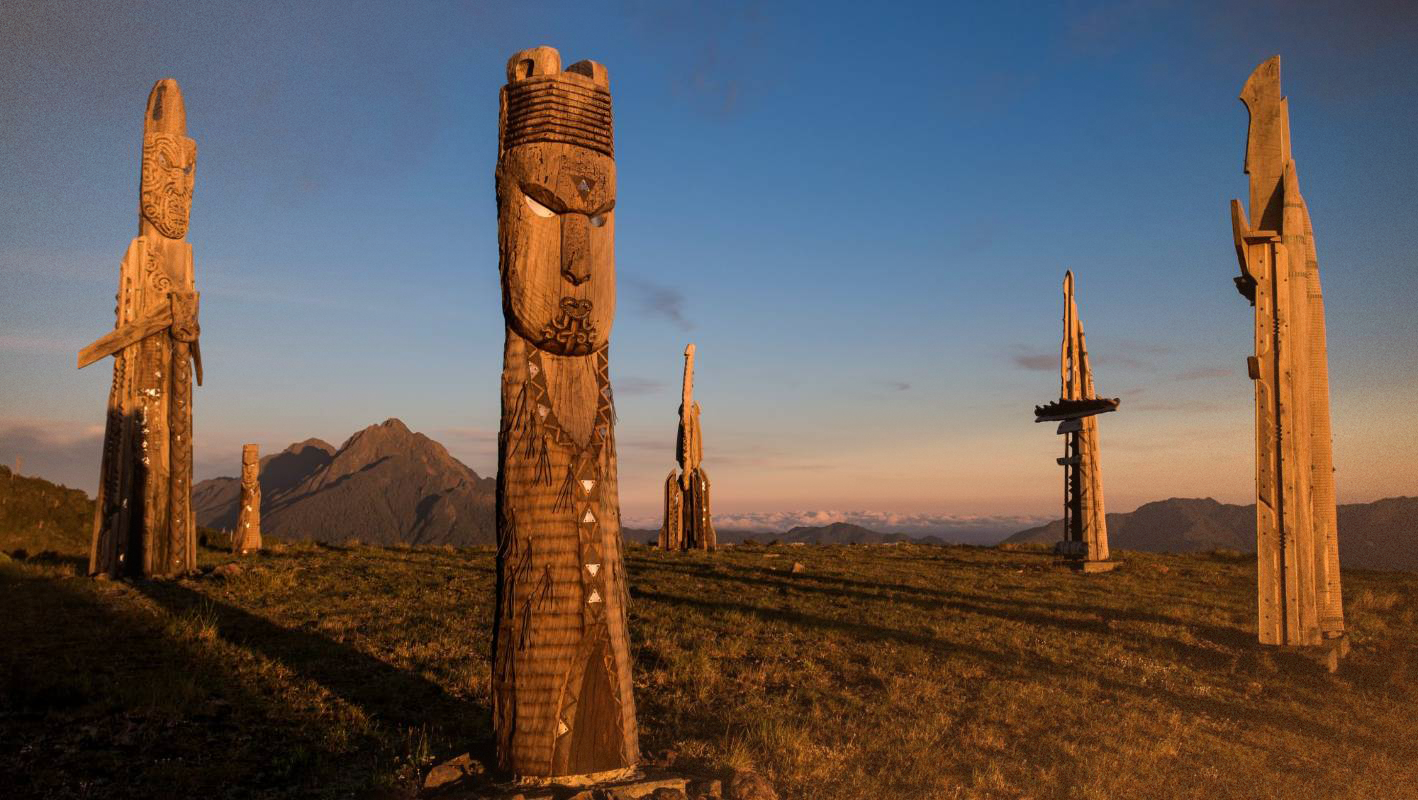 In 1999 Toihoukura, the arts department of the Tairāwhiti Polytechnic, under the tutelage of Derek Lardelli, was commissioned by Te Rūnanga o Ngāti Porou to produce a set of carvings that would be installed on Hikurangi to commemorate the dawning of the new millennium in the year 2000. The installation, entitled “Māui Whakairo”, is made up of eight carved pou (free-standing sculptures) arranged in a circle around the central feature piece of Māui-tikitiki-a-Taranga.